After I walked many routing in Bangkok with difference friend for each trip. Some of other friends would like to have some experience and explore Bangkok by walk. Then I set up this trip with difference group of friend again...." We supposed to have 6 persons for this trip when I started the plan. 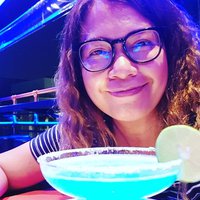 After I walked many routing in Bangkok with difference friend for each trip. Some of other friends would like to have some experience and explore Bangkok by walk. Then I set up this trip with difference group of friend again...."

We supposed to have 6 persons for this trip when I started the plan. After that 2 got sick, then another one have urgent mission and another have to work on holiday day. Then 6 become 2. Me and this guy Mr.Alem from Ethiopia.

Nevermind, when we walk we use two legs so even only one can walk. Other friends can join next time. Me and Alem met at Hua Lamphong subway station at 09.00am. I arrived around 20 minutes before time so I have time to walk around because this station is one of beautiful station.

Hua Lamphong is the main railway station located in the old quarter of Bangkok. And because now there are lots of tourist like to take train to other provinces of Thailand. So, there are lots of hotels, hostels, guest houses, coffee shop, café open in this area and this is good reason to set to be meeting point.

Me and Alem met around 9am and I will take him explore old quarter of Bangkok today. We started with take subway from Hua Lamphong station to Wat Mangkorn station in China Town as I want to take him try breakfast in Chinese style at “Lhong Tho” restaurant.

We took subway only one station then reached to China Town. And because the station is located in front of Wat Mangkorn which is the most famous Chinese temple in Bangkok.

I took him in to the temple. He has many questions about the Buddha image and Chinese god statue inside the temple.

But I’m not good in history about religious so I can not explain much.

After take some nice shots from the temple then we continue walking on the short cut way call “Plang Nam Street” to the main road of China Town. There are lots of gold shops on this road.

He asked me if he buy gold at any shop in this area for his wife. Can he sure that that gold is real. “Yes of-course” I said to him because when you buy gold from any shop here. You will get warranty label and you can sell it in any shop.

The waitress suggest the signature menu of the restaurant and we follow her.

So, we ordered 3 items and Alem got hot cappuccino.

While I got ice lemon tea.

The item is not big because we want to try finger food along the road that we are going to walk. Alem like deep fried shrimp wrapped with egg noodle. I like the deep fried bun with salted egg sauce inside.

We left the restaurant and continue walking back on the same road but difference side. Along the road Alem excited with everything as this is the first time for him to walk around Bangkok.

After that I took him walk through the biggest wholesales market called “Sampheng Market” where the shops selling cloths, accessory, stationary, souvenir etc.,

Alem stopped at the sweet potato ball after I explain him what is it.

And he really like it after he tried. We finished potato very quick while we were walking to another stop.

But before we reached to another place called “The Old Siam” where I want to show him “Thai Town inside the building” he stopped again at the fruit stall.

We finished pineapple at the time we reached to “The Old Siam Plaza”. I started by took him to see the gun shops. He like shooting and he start asking the shooting range in Bangkok.

We walked in to the building. And from the first step we saw lots of food stalls selling Thai food, dessert, drink etc., but the feeling is not walking inside the plaza but look like we walk in the local market.

I suggest him try herbal juice “Chrysanthemum juice”. It good to drink herbal juice when we feel hot because it can help us cool down temperature inside the body.

And the taste is not too sweet.

We finished Chinese town, we walked pass Thai Town and we continue to Indian Town “Phahurat”. This area selling many type of fabrics, cloths, national costume like Thai, Chinese and Indian.

There are lots of shops selling souvenir for wedding ceremony, funeral ceremony.

I stopped by at the shop selling long colorful dress. And I got one for my self.

We continue walking and Alem stopped at the shop selling Thai shirt.

And he got one for himself. Before we continue walking he has idea to buy a dress like mine for his wife. Then we walk back.

Because we bought totally 2 dress so a kind aunty at the shop gave us good discount.

We continue walking along the road and enjoy seeing lots of shops. Finally we reached to “Sam Yod” subway station. The new and beautiful subway station. From outside the station it look like just an old building style.

We did not get in to station because our mission is not finish yet.

We took Tuk Tuk and heading to Flower market. The biggest wholesales market for flowers, fruits and vegetable.

Tuk Tuk drop us close to the pier behind the market.

I explained him a little bit about Bangkok and the province opposite side of the river “Thonburi” which use to be capital city of Thailand.

Then we start walking through the market. We enjoy seeing lots of vegetable and fruit. And again that Alem stopped and buy something. This time is custard apple.

I asked the aunty buy only 1 custard apple. Actually, she sell 35/kg but she so kind to sell us only 1 and only THB 10.

And continue walking again to the main road of Flower market.

I gave him 2 choices to continue to reclining Buddha “Wat Pho”. One is take Public bus or Tuk Tuk. Another choice is “Walking” and he chose walking. The distance is only 700 meters.

He is from Ethiopia so no wonder why he very happy with walking.

As he is foreigner so he has to pay for ticket THB 200 but as I am Thai so no need to pay.

Before get inside everyone have to take off the shoes then put in the plastic bag and then carry it with you. And return plastic bag when you come out.

We walked inside. There were not much crowded today so we have space to take nice shots.

Alem was very happy walking inside and take lots of shots of the Buddha image.

After that we came out and return the plastic bag.

The temple provides free cold water for all visitor. I brought my tumbler so I refill it.

We walk deep inside the temple to see beautiful architecture, Buddha images and Chinese god statues.

I explained information as much as I know about the temple to Alem.

We exchanged the information about religious, temple and believe in his country and Thailand.

After enjoy seeing around the temple.

Then we walked out from the temple and I took him to a nice café name “Ha Tien”.

We were very lucky to reach to the café and got the last table.

I suggest Roselle soda for Alem as we just walk and the weather is so hot outside. And I order butter fly pea lemon soda. Both are so nice and really help to refresh.

Besides of drink we ordered a piece of blueberry cheese cake. And it is very delicious cake.

Ha Tien Cafe has its origin from the legendary story that was originally 'Ha Tien' in the southern region of Vietnam.

In the early Rattanakosin period, this area used to be a place for Vietnamese people to flee war from Hue. Spread in both Bangkok and Thon Buri, so Vietnamese people call this place "Ha Tien". Due to the similar terrain And distorted it to become Tha Tian in the end.

People like us even we are on holiday but we never disconnect with our work or colleague. Smart phone brings us work everywhere which have good internet signal.

Alem was on phone same as me but it good that we can work anywhere we are (with internet). We finished our drink and cake and also finish conversation with our colleague about work.

It was 3pm. I gave choices to Alem again to walk to the subway and take it back to Sukhumvit area which he live or take public boat to Sathorn pier and continue with sky train to his home.

He chose second option again as on the way we will visit Temple of Dawn “Wat Arun”.

We paid THB 4/person for ferry to cross the river to Wat Arun because the public boat do not stop by at this pier as it become too small and too crowded by tourist.

We reached to Wat Arun. And again because Alem is foreigner so he has to pay ticket. But at this temple is only THB 50.

We got in to the temple. I explain the name of the temple to Alem. Wat AruN Ratchawararam “Temple of Dawn”, has over 300 years of history. This ancient temple had existed since the period of Ayudhaya Kingdom or the 17th century). Its original name was “Wat Makok”. It is said that King Taksin the great intended to establish a new capital of Thailand. He travelled along the Chao Phraya River and arrived in front of Wat Makok just as dawn was breaking. The temple was then called “Wat Chaeng”, meaning “Temple of Dawn” A major restoration of the spire (prang) took place during the reign of King Rama II (early 19th century). The name of the temple was changed to “Wat Arun Ratchatharam” and then become the temple of his reign. In the reign of King Rama IV, the temple was renamed “Wat Arun Ratchawararam” as the present name.

The inspire of “Prang” of Wat Arun, is where Buddha’s relics are placed. Its architecture is remarkably outstanding and is considered one of the greatest and most beautiful stupas of Rattanakosin Kingdom. The architectural components of the Prang completely reflects Buddhist ideology about the universe according to Traibhum cosmology.

I let Alem walk around the stupas because I came here so many times.

He disappeared around 20 minutes and then walked back to me.

He came back to me with very happy face.

He like the temple and he happy to come today.

After that we take the public boat and heading to Sathorn pier where there is Taksin sky train station.

The boat took only 15 minutes then we reached to the station.

Alem living in Bangkok and he has refill card so we can skip the long que.

We took the sky train to Siam interchange station before we separate as Alem go to Sukhumvit while I heading back to my home in Don Muang.

I finished another walking day with friend with difference experience and good memory with this lovely friend who excited with everything he saw and like everything he eat and enjoy walking along the road.

Oh!! Before we separate today. He has question “When is the next trip ?”