We had planned to go straight to Cao Bang the day after we hiked Fansipan because I had came across beautiful pictures of it online — how very ‘tourist’ of me. It was really frustrating that no one could tell us how to get there. One lady from tourist information center told us that there was probably a bus straight from Lao Cai to Cao Bang but when we asked her about the time, she couldn’t give us an answer. This was also a case with bus drivers in Sapa town. No one knows!! We searched for the info online and we got nothing.

Although we hated the idea of back tracking to Hanoi, it was the only choice that made sense. We had to take Mr. Cuong’s (the dude who always called us every time we walked pass his shop to buy bus tickets) recommendation to take the bus back to Hanoi from Sapa and from there we should be able to find plenty of buses to Cao Bang, he said.

We bought tickets to Hanoi from him for the next day. The plan was that the bus would leave Sapa at 7 am sharp! After a lot of waiting and being transported around town to different bus ticket agencies, we finally boarded the bus which finally left Sapa at around 8.30 am. Despite the hassle, I have to say that I really enjoyed this bus ride because it was a sleeper bus and it was very comfortable. It was a big bus with bunk-bed seats that you can adjust it to lean back all the way and make it your personal compact bed. There was even free Wi-Fi. So 6 hours on this bus was a piece of cake! We got dropped of at yet another tour agency shop somewhere in Hanoi at around 2 pm.

And after misinformation from the lady at the desk about the bus station, getting ripped off by a tricky taxi driver who took us to the wrong bus station (he blocked the definitely tampered meter with our luggage so we couldn’t see the suspicious number on the display), being told to go to yet another station, getting ripped off again by grab bike guy who drove us through all the red lights in the city and almost took us to a wrong bus station, we finally arrived at My Dihn bus station at around 4 pm. We found out that there were only night buses to Cao Bang with the first one leaving at 6.30 pm. The lady said we should arrive there at 5 am the next day (that makes it 10 hours!) We got the tickets and had a few hours to kill.

This sleeper bus was a lot less comfortable than the first one for sure. The seats were much smaller and the facilities were in bad conditions. It was a local bus full of Vietnamese traveling with their families. Lots of kids. The bus was almost full when it left the station but then they made stops along the way and brought on more people so in the end there were a lot of people sleeping on the floor. The bus ride itself was ok. Kids were loud sometimes but all in all it was a smooth but very slow ride. There was an incident with one Japanese girl who didn’t have ticket for the ride (turns out she got cheated by her hostel) She almost got kicked out off the bus by the bus boy. He said that she had to pay other wise she has to get out but she kept saying no and in the end she could stay on the bus. It was like an hour of saying the same thing back and forth:

There was clearly a huge language barrier/struggle going on and no Vietnamese on the bus was willing to help. They were all laughing. Except for one guy who, after 20 minutes of endless discussion, came in and helped her communicate with the bus boy using google translation app. Thank god for Google!! I think in the end they found out she got on the wrong bus or something like that and finally let it slide.

After 8 hours and 300 kilometers on the bus, at 3.30 am the bus stopped in front of some sort of a shop in Cao Bang. I guess it was one of the stops the driver had to make. He parked the bus and started carrying a bunch of boxes down to the shop. I checked Google map and saw that our hotel was only 600 meters away so we decided to get off the bus right then. We didn’t know where the bus will actually head to after they finished the delivery. We climbed between seats like a Spider-man trying so hard not to step on the people sleeping on the floor, got our bags and started walking in the dark to the hotel. We checked-in and dozed off very quickly. We knew that we only had one whole day in Cao Bang so we wanted to make sure we have enough sleep to enjoy the long day ahead.

The next day, despite a late start, we rented a motorcycle and started our long journey to the Ban Cioc waterfall. The waterfall is 90 km away from the city, that’s a very long distance to drive on a little motorcycle, actually the word ‘scooter’ fits more. And although the owner of the hotel recommended us to get a private car service or taking a bus, we said no. We were really determined to drive there ourselves. We wanted to experience the mountain town-atmosphere. We wanted to be in the middle of it all. And we did. It was a very scenic ride. We drove through the mountains, rice paddies, corn fields, cattle and buffaloes walking on the road, little villages with little streams along the way with mountainous background, it was all we wanted and more.

After missing a few turns, we managed to arrive at the waterfall in the afternoon. The majestic Ban Cioc waterfall is the 4th largest waterfall in the world, sitting between the border of 2 countries; Vietnam and China. What was interesting to me was that it was not jam packed with tourists. There were definitely more people visiting the waterfall from the Chinese side rather than from Vietnamese. But there were only a handful of people so that was great! We spent quite a long time here just enjoying the mother nature. We took a raft ride to get close to the waterfall and it was a refreshing ride as we got too close to the waterfall :) You can actually take a dip into the fresh water of the smaller waterfall on the left.

We had heard about a beautiful cave called Nguom Nga so we decided to pay a visit. It is only around 3 km away from Ban Gioc. We got there around 5.30 pm and were surprised it was still open (it’s open til 7 pm). The cave is humongous and is full with stalactites. The beautiful landscape and cool breeze was just so inviting. This was my first time in Vietnamese cave and I was just in awe. It was really a spectacular sight. We spent about an hour exploring it before heading back to the city.

We were already so late. We knew that if we didn’t get back to the city before sunset, we would be in big trouble. Who wants to drive through the mountains in pitch-black? We didn’t but we had to. That was scary especially because first half of the way back the scooter’s headlight wasn’t working. We substituted that with iPhone torch light. Not only to shine the way in front of us but also to make sure the trucks do see us and not run us over. In the pitch black though there were so many fire flies!! I’ve never see so many of them in one place before. I guess they were attracted to our iPhone light because they kept flying at us and to my face and a few into my mouth. We got back to the town around 8 pm. We survived!!!!

So that concludes our short time in Cao Bang. I would love to spend at least another day there. I know there are lakes and other beautiful places nearby and also I saw many good looking cafés in town that I would love to check out. I am glad though that we decided to break out of tourist route and went there and really experienced it first hand…the unseen. I suspect that they are looking to expand the tourism sector around this area. We noticed that for some reason, Cao Bang has quite a number of hotels for a small town. I do hope they also work hard on keeping its authenticity of Vietnamese-Chinese heritage and a small town charm in the process. I would hate for it to turn out to be another Sapa.

The next day we took a bus back to Hanoi. We intentionally chose to get on the first bus out of Cao Bang because we wanted to make a food stop in Hanoi before going to the airport. We got up super early hoping we could get on the 6 am bus. We got there before time. but at 6.30 am it was just us 2 in the bus, then the bus didn’t move, the driver wouldn’t talk to us, then we realized that the bus time table here doesn’t matter. They wait until the bus is full otherwise they won’t leave. We waited til 7.30 am. There were a few people on the bus and a puppy was crying from the back of the bus. Then they made stops along the way. SO MANY STOPS to pick up more people. When the bus, actually it wasn’t not a bus it was more like a van, was full we started to head out of the city driving down the mountain. It was the slowest ride I had ever been on but for a good reason because there were so many curves and turns, a few people got really sick...it was not a great sight. One of the girls who threw up was sitting next to me. After she finished puking, she proceeded to tie the puke bag, and threw the bag out the window right in front of my face (I was sitting next to the window). She did this three times (the last 2 times I helped her). I was trying so hard not to throw up myself. The van sped up after it came down from the mountain and despite many driver’s cigarette breaks, we made it to Hanoi at around 2.30 pm.

So we had just enough time to enjoy our lunch at Quan An Ngon which is both or our favorite restaurant in Hanoi, before catching the bus to the airport.

I had so much fun on this trip and although I complained about it on my blog, I wouldn’t trade the unpleasantries with anything because they opened my eyes to so much. I cherish these funny moments even though they weren’t so funny at the time. 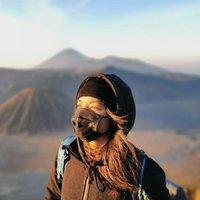